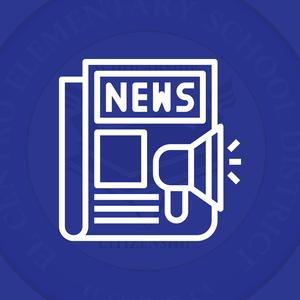 ECESD Board takes action to raise district minimum wage and implement Juneteenth as official District holiday.
On Tuesday, November 9, the El Centro Elementary School District took action to establish Juneteenth as an official holiday in the district. With the unanimous action taken by the ECESD Board, Juneteenth will be commemorated each June 19th, with all summer employees provided with a paid holiday.
This action follows President Biden’s proclamation that established Juneteenth as a federal holiday. In that proclamation, he noted, “On June 19, 1865 — nearly nine decades after our Nation’s founding, and more than 2 years after President Lincoln signed the Emancipation Proclamation — enslaved Americans in Galveston, Texas, finally received word that they were free from bondage. As those who were formerly enslaved were recognized for the first time as citizens, Black Americans came to commemorate Juneteenth with celebrations across the country, building new lives and a new tradition that we honor today. In its celebration of freedom, Juneteenth is a day that should be recognized by all Americans. And that is why I am proud to have consecrated Juneteenth as our newest national holiday” (from whitehouse.gov).
Board president Eddie Hernandez stated that, “As for Juneteenth Day, it was long time coming. President Biden reminded all of us about the significance of this special day in the United States. It is a celebration of freedom!”
The Board also took action to increase the minimum wage in the District above that of state and federal requirements, effective January 1, 2022. On that date, the California state minimum wage will increase from $14.00 per hour to $15.00 per hour. With the Board’s action, no employee in the district will fall below $16.00 per hour. This action will affect almost 100 of the district’s 840 employees who serve in many important support roles throughout the district, including yard duty supervisors, AVID tutors, ASES employees, crossing guards, and substitute employees across the district.
Trustee Frances Terrazas requested that the agenda item that enacted the new minimum wage be added to the Board’s agenda. She cited the ongoing increase in the cost of living, difficulty in staffing positions and the Board’s commitment to providing a fair wage for all employees as justification for the increase. The Board unanimously adopted her proposal. “All of our hourly employees work hard, are very dedicated to their duties and deserve this increase, especially during these difficult economic times,” stated President Hernandez.